It’s been more than a year since I talked about botzerra, my news bot. Back then, there was a lot of hype around bots. It was justfied, bots are awesome for several reasons: mostly because users don’t need to download a new app (they don’t need to login or sign up either). So I guess it’s ok to say there’s less friction on bots than in apps, right?

Well, not quite. For some users, the idea of an app inside your messaging app was quite hard to grasp. Also, after the novelty wore off I realized that having an app would be more attactive.

To start with, bot’s flow is way slower:

In addition, apps can potencially look much better than bots.

So I extracted the code from the bot and I made a news API. After that, I created an Apple Watch client, and many months later it became a whole iOS app. 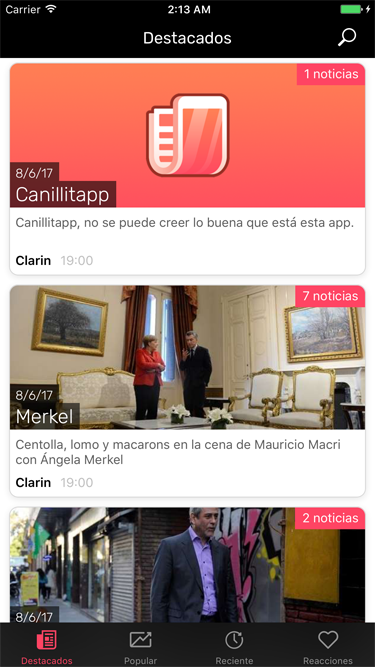 My conclussion is that there’s no better platform than other. As many things in life, there’s always a trade off. If possible, try to think your app as a service and how could you adapt it on different use cases such as mobile apps, widgets, smartwatch apps, tv apps, bots, webapps and so on.